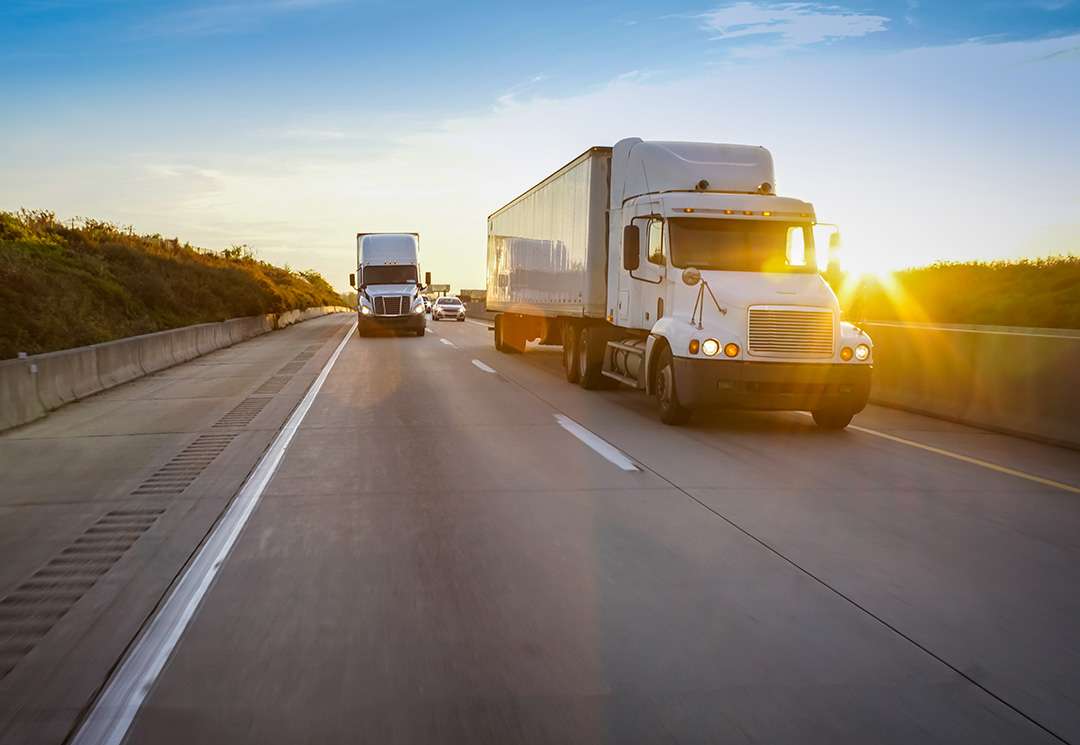 At NTB, we believe most people have common sense. Common sense will tell us that following any vehicle at less than the recommended distance is incredibly dangerous. Not a single life is worth the risk that this practice poses. In 2008, the Discovery Channel series, Mythbusters looked into what factors are at play that will decrease fuel consumption when a car drafts a semi. While the actors in Mythbusters are having fun with their experiment, they frequently interject comments on how the practice of drafting is not only extremely dangerous but also illegal.

When a car drives down the highway, it experiences wind resistance in direct relation to the speed the car is traveling. In order to ease our explanation here, we will assume that there is no atmospheric wind and only take into account the wind created by the speed of the vehicles. In reality, however, the atmospheric wind will also alter the effect of wind resistance on the car.

The idea behind drafting a semi is that there is an area directly behind a moving truck that the wind cannot reach, creating a low-pressure area. It is within this sweet spot where a drafting car theoretically can increase its fuel efficiency, thus saving resources and money.

In the Mythbusters episode Big Rig Myths, they tested a model truck and car in a wind tunnel at the equivalence of seven car lengths (about 70 feet) away from the semi—which is about half the commonly recommended safe distance of 150 feet from a semi-truck at 55mph*—and found that the amount of wind resistance on a car was cut fairly significantly. At the insane distance of two feet from the back of a semi at 55mph, the model test showed that the amount of drag was reduced almost completely.

*The Two-Second Rule is the minimum recommendation for distance at any speed for four-wheel cars and is easily calculated. Pick a spot ahead of the vehicle in front of you and when they reach that spot, start counting. If it takes you at least two seconds to reach that same spot, you are driving at an acceptable distance.

Per the Federal Motor Carrier Safety Administration (FMCSA), if you are driving a semi-truck, this distance is at least one second for every ten feet of vehicle length if you are traveling below 40 miles per hour. “For a typical tractor-trailer, this results in four seconds between you and the leading vehicle. For speeds over 40 mph, you should leave one additional second.”

Just over five minutes into the Big Rig Myths episode, the Mythbusters begin their test to confirm or bust the idea that drafting a big rig can save fuel. Regardless of the potential fuel savings, one of the most important things they point out is that when a driver tries to draft, they are in a position where the semi driver in front of them cannot see them, which is very dangerous and not worth saving a few pennies.

In this Mythbusters episode, Hollywood stunt driver, Mike Ryan is quoted as saying “...about ¾ of all the truck accidents in the world that involve a car and a semi-truck that have a fatality were caused by the person driving the car. It’s pretty scary.”

“If you are too close to see the mirrors (of the truck in front of you), then the truck driver can’t see you.” Well, the Mythbusters got way beyond that range. Grant Imahara (may he rest in peace as of July 2020) said that even in the completely controlled environment that they conducted their experiment, the thought of driving within ten and then two feet of a semi was really scary. When driving ten feet from the back of a semi at 55mph, the reaction time is down to 1/10th of a second, translating to too little time to react to anything that might happen. This is also well within the space where the truck driver would not be able to see the car at all and will not know it is there.

At two feet from the truck...well, just don’t.

The most important message from the Mythbusters drafting episode is that you cannot draft a truck and maintain a safe driving distance. Getting anywhere closer than 150 feet from the truck is not worth the risk. If you want to watch the episode, it’s available here: Mythbusters: Big Rig Myths

What To Do If A Car Is Drafting

While some companies have policies to ditch a drafter, such as turning on the hazards and slowing down until the drafter passes, it’s better to recommend what not to do when a car is following too close behind your rig. Don’t brake check them, don’t swerve into the next lane, and don’t allow yourself to get too close to the car in front of you. But these recommendations could be said about any situation, not just drafting. Give yourself more room than usual in front to avoid a possibly fatal collision from behind. Let common sense be your guide. If a car remains in your rear blind spot, you may need to alert law enforcement and let them handle the situation.

Is your driving record impeccable?:  Apply to drive with NTB