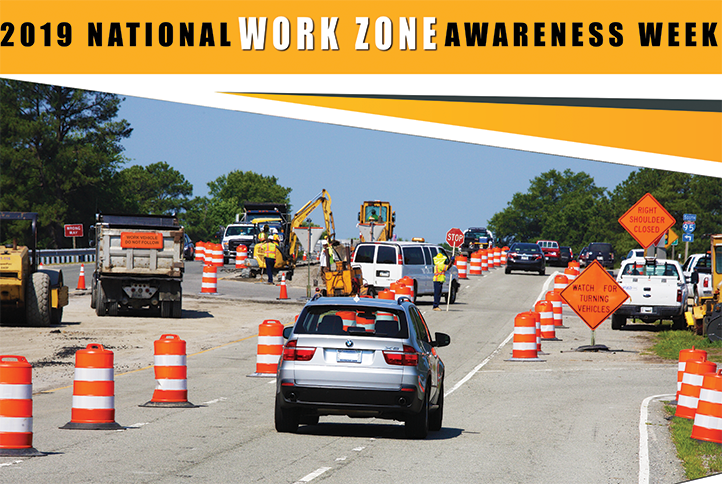 As you all know, spring brings out the orange barrels signifying the beginning of the construction season. You have already been experiencing lane closures, long back ups and drivers who are impatient and just don’t seem to care about anyone else but themselves. To kick off the season, Michigan, Ohio, Indiana, Illinois, Wisconsin and virtually every other State in the Union will be “celebrating” National Work Zone Awareness Week, this coming week April 8-12, 2019.

National Work Zone Awareness Week is a way to raise public awareness for work zones and those who work in them. Motorists are encouraged to slow to posted speed limits, eliminate distractions while driving, and be watchful for roadway workers and their equipment. This year’s theme is Drive Like You Work Here. Wednesday 4/10 is National Orange Day. Why don’t you wear something orange to show your support for worker safety.

According to the Federal Highway Administration (FHWA), in 2017 there were 710 work zone fatal crashes and 799 fatalities, the majority of which were motorists, with 132 deaths accounting for roadway worker fatalities. Additionally, there were a total of 158,000 work zone crashes total in 2016—of which 42,000 were injury-involved crashes that resulted in 61,000 injuries. And on average, in 2015:

Here are some things you should do to operate safe and help protect our highway workers:

If you want to drive for a trucking company who cares about safety, apply now at drive4ntb.com!