The History of Trucking in America: Roadways — Corduroy to Asphalt 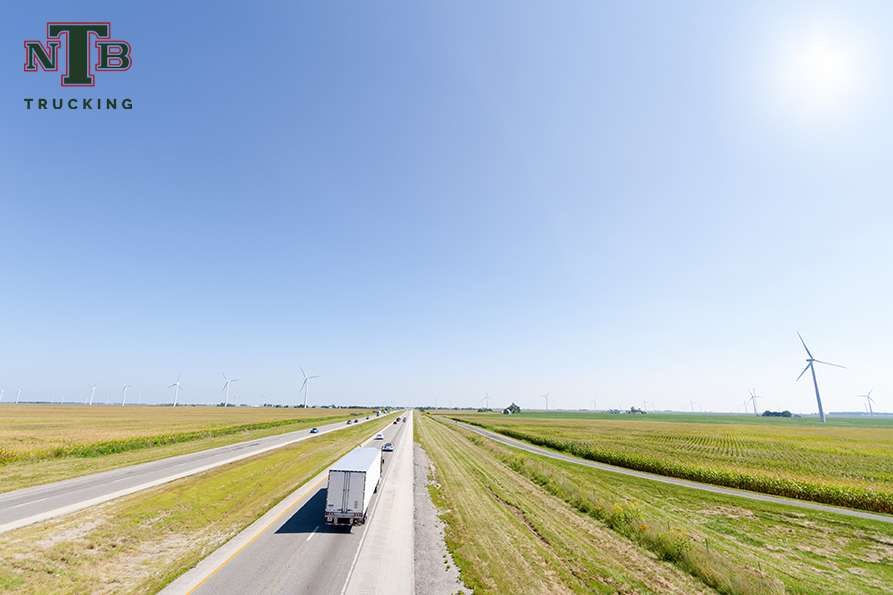 Imagine driving a team of horses or oxen over roads made of dirt or gravel, rutted and rough.  How long would it take to travel 30 miles? How much cargo could you haul? Would you only be able to make deliveries in premium weather? How did goods get moved in the winter—or didn’t they?

It’s easy to take it for granted—our intricate infrastructure of highways and the technology involved in the modern task of keeping freight moving. Even the worst maintained roads in the U.S. today couldn’t hold a candle to the early days of freight transport.

Read on for some interesting facts on America’s roadways.

The primary reason for long stretches of the first roadways in America was for delivery of mail.

King’s Highway ran about 1,300 miles from Boston, MA to Charleston, SC and was completed in 1735. That’s 41 years before the signing of the Declaration of Independence. It took about 85 years from start to finish and was in use, mainly as a postal route, more than 100 years before the Pony Express.

The building of the Eisenhower Interstate and the perceived need for easy evacuation of large cities in case of nuclear attack was the beginning of the end for Route 66 (1). In 1965, it was deemed necessary to have four-lane highways running across the nation and Route 66 didn’t fit that bill.

You might still “get your kicks on Route 66,” as one of its remaining stretches in the Midwest runs through Springfield, MO.

While NTB driver routes are limited to the Midwest, there are some interesting facts regarding roads you may be driving, even if you don’t run their entire length.

U.S. highways ending in 0, such as I-80, either currently or at one time ran coast to coast.

Corduroy: Isn’t that a material made for pants that can be heard a mile away as you swish, swish embarrassingly in public places? Nope. Corduroy roads were made from lines of downed trees over swampy or low areas so that wagon wheels wouldn’t get stuck in the mud.

Tarmac: You mean a term for runways at airports? Well, not exactly. The term tarmac comes from a composite of materials used to form the roads we use today. Macadam roads were made of crushed stone that would bind with the stone dust byproduct to form a pretty solid road surface and were developed by John McAdam in 1820 (2). Because these roads were still susceptible to wear leading to ruts and erosion, other materials, such as tar, were added to create the asphalt that we drive on today.

From past to future: what major changes do you see happening in the trucking industry in the next 5-10 years? Will our roadway system need to change to accomodate evolving transport?

Interested in a regional Midwest driving career?  apply to drive with NTB.