Ask about our brand-new Freightliners! Our entire fleet updated.

Women’s History Month—The Past, Present, and Future of Women in Trucking 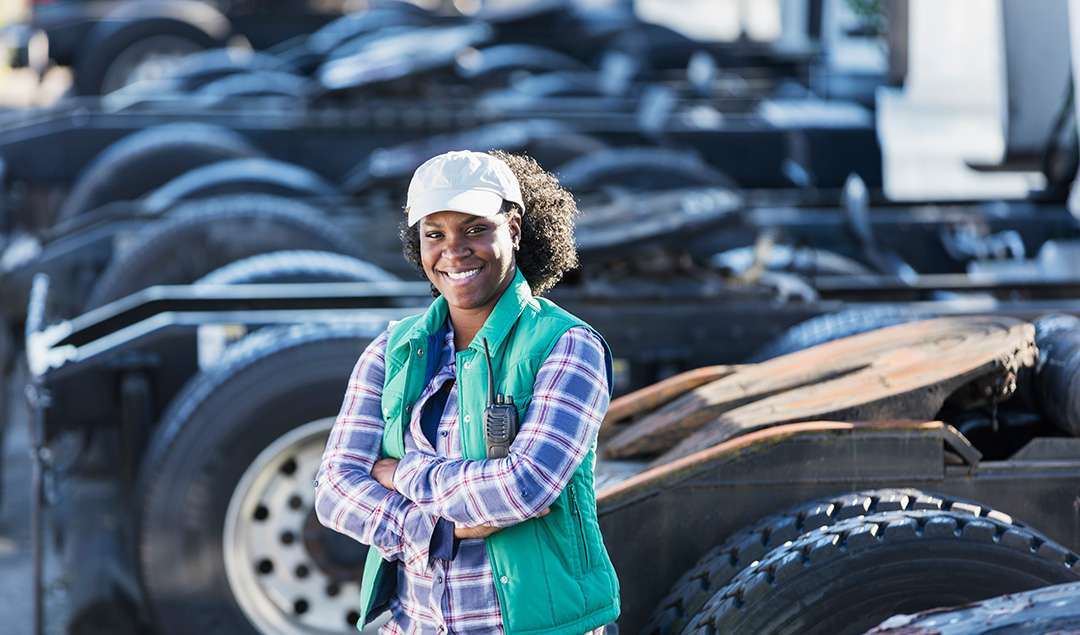 March is Women’s History Month. We thought this would be a good time to highlight some of the history of women in the trucking industry, where they are now, and the future for women in trucking. From the first female licensed truck drivers in the United States to an increasing number of women drivers, NTB thinks it is important to recognize that women in the industry are a vital part of what keeps us moving.

Who Were the First Women to be Licensed Truck Drivers?

In 1918, Luella Bates became the first female licensed truck driver, working for The Four Wheel Drive Auto Company (FWD) in Wisconsin. Trucking and other industrial jobs opened up for women due to the United States entering World War I and five more women followed Ms. Bates’ lead in joining the trucking industry. When men returned from war they reclaimed their jobs, but Ms. Bates remained with FWD as a tester, demonstrator, mechanic, and goodwill ambassador.

In 1929 when the Texas Railroad Commission, which supervised the motor freight business in the state, balked at licensing Lillie Drennan to drive a truck, citing her hearing impairment as the reason, she challenged the commission to compare her driving record with that of any man. Soon after, Lille became the first licensed truck driver in Texas. A year later, she became the sole owner of Drennan Truck Line, which she successfully ran for another 24 years.

While it may have been challenging for women to enter the industry, the path has now been paved for the continued increase in the number of female drivers.

Who Are the Drivers Now?

Currently, women make up 7-8% of licensed CDL truck drivers and close to 24% in management positions in the trucking industry. Women drivers are out there—maybe more than you think. Some are young and some are more mature, but all are encouraged to continue making the road smoother for other women to follow in their footsteps. Charlie, a female truck driver, offers a glimpse into a few of her experiences in a male-dominated career.

Could the Future be Female?

In an interview with Freight Waves, founder of the Women in Trucking Foundation, Ellen Voie, talks about how trucking is a great career for a woman. She states that women are beginning to take over trucking companies from their dads, when traditionally it would have been sons who inherited such a family business. She discussed unconscious bias, and how if the atmosphere in the industry can move to one that views women in the role of trucking, more women will enter the industry. She addresses some key issues women face and how companies can fix some of them.

Work culture matters. When a traditionally male-dominated industry works to incorporate more women into the workforce, it’s vital that the powers that be have their eyes wide open and are able to put themselves in the shoes of those they are trying to recruit. Recognizing different needs, different ways of learning and different views is paramount to a successful in-road for female truck drivers.

At NTB, we’d like to be part of the upward trend in women drivers. We currently have two full-time, 12 hour home, daily driving positions immediately available. One of these opportunities is in Lansing, Michigan, and the other in Tipp City, Ohio. These positions come with the new driver pay increase and a benefits package that includes medical and profit-sharing. Take a look at our full benefits package and hit the “Apply Now” button. All positions at NTB are available to women and men, so if you have been thinking about working for NTB and want to be home every day, now is a great time to apply.

Resources for Women in Trucking

NTB is a great company to work for:  Apply to drive with NTB